The 411 on travel consolidator tickets 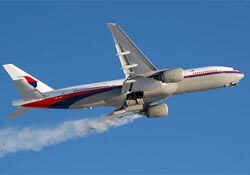 Ticket ‘consolidators’ are a great way to find cheap air fares, but there are some drawbacks to buying these deeply discounted air fares. Make sure you know the check list for buying consolidator tickets.

Get an unpublished fare

Consolidators sell airline tickets to the public at unpublished fares. These fares are not available on the airlines' own websites or quoted by airlines' reservation agents. Instead, consolidators negotiate their prices with individual airlines and sell for the prices that the market will bear.

Not always the cheapest option

Consolidator fares don't always undercut the airlines' lowest advertised sale fares. If the restrictions are acceptable, it's hard to beat those sale fares anywhere. But in the absence of a good fare promotion, unpublished consolidator fares are often lower than the lowest published fares.

Even when they're higher than the lowest promotional fares, consolidator tickets are still of interest because the restrictions may be less onerous—for example, shorter advance-purchase periods, longer permissible stays or one-way travel.

This means you need to read the fare conditions closely.

Contrary to many published reports, consolidators do not generally buy in bulk and resell tickets to the public.They normally contract for a certain volume of tickets, along with access to seats in special fare ‘buckets’ and seat inventories designated specifically for consolidators.

However, they actually buy tickets, one at a time, only after their customers have paid. This is important because virtually all of the problems consumers have with consolidators arise because of glitches that occur between the time the consolidator gets the money and the time it actually buys the ticket.

Check what sort of tickets you’re getting

The best consolidator deals are usually for international travel, especially to Asia. But consolidator deals are also available on U.S. domestic and many international routes. Deals are also good in business and first class, these are often around half price. However, even at half price, discounted premium tickets are much more expensive than regular economy tickets.

Given those facts, here are some guidelines for buying consolidator tickets:

Final advice: Only get a consolidator deal if it's significantly cheaper. Except for price, the complete deal is almost always a less attractive than a published fare alternative.