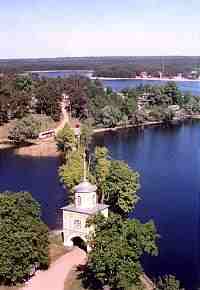 More reading for a Monday morning. Here are my best finds for articles during the last week.

The Traveler's Notebook covers 10 conscious choices to make on your next trip. These tips include things such as trying a new food every week and educating yourself on your destination - all choices that'll make your trip more rewarding.

Traveling Stories Magazine writes about a very funny episode that happened to traveler Nadia Asanova. In Lucky Woman, she tells of how a Tuk Tuk driver ended up asking her to 'shake bodies'...

The Republic of Molossia has a population of four. It's also located outside Dayton, Nevada. And if you're driving by, you can probably pop in and have a coffee with President Kevin Baugh and his family. Via Cool things in random places.

If you travel a lot, and like me often get ill from taking a flight, you've probably wondered about those personal air cleaners you've seen sold. Do they really help clean up the airplane cabin air or is it just marketing goobledygook? Treehugger did a great Q&A on those gadgets.

Even Happier covers an initiative in Sicily that's designed to loosen the Mafia's grip on their society. In Five ways to kill the Mafia, the AddioPizzo movement is trying to get rid of the Pizzo, or protection money. From the article:

"The association AddioPizzo is really hitting the Mafia where it hurts, and its leaders now lives in constant danger of a terrible retribution: their popularity is their only defense, since Mafia knows that if AddioPizzo leaders were killed today, thousands of people would take the street in protest, and new stronger leaders would inevitably emerge. So everything depends on national and international attention: the moment we forget about AddioPizzo, Mafia will destroy them without too much fuss, maybe killing a few and spreading negative rumors about the others."

Perfect time-wasters from the web

CensorArt [site gone] has a great list of books that have been banned during history. It makes for fascinating reading, both the Bible and For Whom The Bell Tolls by Hemingway make this list. How many of these books have you read? Me, I'm using the list as an idea resource for new reads!

That serious outpost of investigative journalism, Ananova, has an article about a man who believes he must be the world's ugliest man, after having 5,000 marriage proposals turned down. Only proves that money can't buy you love, as he's an ugly but very rich lawyer!

Any article or site you would like to bring to my attention? Please leave a comment below: