When in Spain, just say no 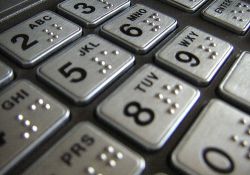 Travel brings risks: Theft, accidents, shoddy hotels... You can now add robbery at ATMs to that list. However, this time it's not a thug with a knife you need to worry about but the bank itself.

Some UK travelers are already aware of Dynamic Currency Conversion, or DCC, and the fact it can make a real dent in their travel budget. DCC is when you shop in a foreign locale but are charged in your local currency by the retailer. Normally this is at a poor exchange rate which allows the retailer to pocket the difference.

Previously, this was limited to retailers, primarily in Spain, but is now being rolled out to many Spanish ATMs when you use a UK ATM card.

The card holder, while withdrawing money, will be asked "You can be charged in GBP." The ATM will display the mark up, exchange rate, and commission rate for information. It then prompts: "Press yes for GBP, no for EUR". The better option for your wallet is 'no' as you'll get a better exchange rate.

While this is only happening for Brits at the moment, it's something to keep in mind for any traveler. As it helps banks and retailers extract that bit of extra cash from you, it's likely to be rolled out very widely.

How to avoid DCC

Here's what UK newspaper The Guardian recommends that you do: