Brazil, the jewel of the Amazon, is spiced with Native, Portugese, Dutch, African, and Spanish flair as well as a vast diversity of lush jungles teeming with wildlife. For first time travelers, Rio beckons with best that Brazil has to offer. Rio de Janeiro is a vibrant southern port city that features the glistening white sand beaches of Copacabana. The popular beach is filled with tanned sports enthusiasts, bikini-clad beauties, and thrill seekers. Enjoy a taste of agua de coco or chope draft in the nearby cafes and savor smoked barbecue at the churrascarias.

Nearby Ipanema Beach, immortalized by the Brazilian crooner Jao Gilberto, offers tranquil, pristine, untouched beauty and a chance for a tantalizing array of delicious seafood. If you have a few hours to spare in the morning, take a short trip via cable car to the peak of Pão de Açúcar, Sugarloaf Mountain, for a panoramic view, and catch a glimpse of Modern Seven Wonders of the World, the breathtaking 130 feet gleaming white statue of Christ the Redeemer, Christo Redentor.

During the season of Carnaval, Rio de Janiero is aflame with lively parades, spectacular light displays, and feathered costumes amidst cheering crowds. The nearby coastal city of Recife, is famous for lush botanical gardens, and the archipelago of Fernando do Noronha. The island chain is dotted with spiked and sunken islands that provide sanctuary for endangered animals.

The green northern jeweled city of Manaus is nestled in the jungle, next to the dark Rio Negro and is the gateway to the heart of the Amazon River basin. This modern city features the historic Teatros Amazona Opera House. At your leisure, arrange a sightseeing expedition by boat through the mighty Amazon. Trek down the river that is adorned with brilliantly colored wildlife and native caboclos settlements. Immerse yourself in the rare beauty of the Amazonian jungle and fly to Lençóis to view the wild Chapada Diamantina National Park, a national heritage site.

Sunken pools, twisting canyons, azure grottoes, and breathtaking waterfalls will vie for your attention. Allot enough time to see majestic Iguazu Falls discovered by Cabeza de Vaca, and hear the thunderous roar of the river falling over 250 feet to the emerald jungle below. Nearby the park, listen to the rhythms and the history of the Afro-Brazilian Guarani people. The local tastes of plantains and rustic tastes of rice, beans, and manioc stew are not to be missed. The Western plain is home to the modern capital Brasilia and the Pantanal wetland, provides a spectacular views of jaguars, parrots, and other native wildlife.

Sao Paulo, the largest city, has a beautiful skyline of towering skyscrapers, cultural exhibits, museums, and many modern conveniences. Downtown is home to Carnival in winter and the Virada Cultural parade in May, and Brazilian Samba dancing at night. Brazil truly comes alive during Carnaval season, and is recommended for those who wish to see the beauty and taste the fruits of Brazil for the second time. 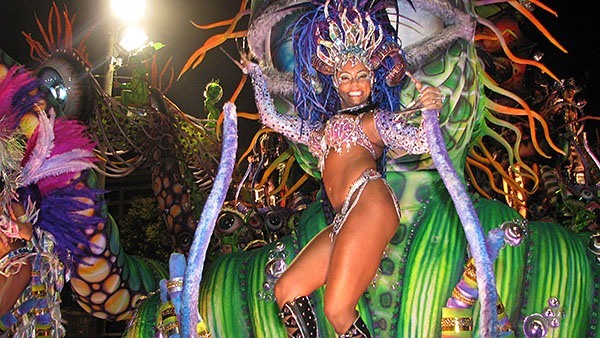 Top things to do when visiting Brazil

Brazil is a diverse country, filled with wildlife, dancers, beaches, barbecue, and excitement.

If you're visiting Brazil, you should definitely view some Capoeira practice.

The Amazon Rainforest is the largest forest on Earth, and has the widest range of flora and fauna anywhere.

On 31 December, 2012 by Barb Jungbluth in Destinations 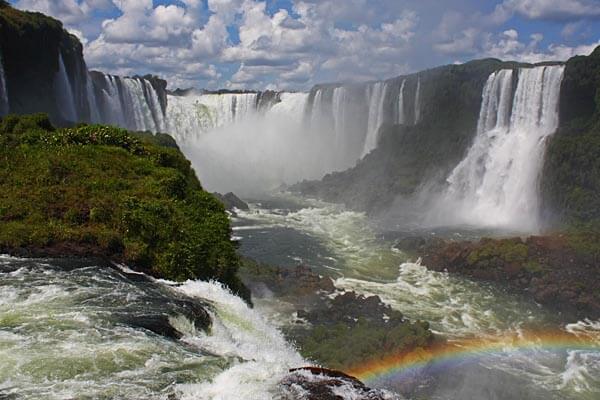 Perhaps in very few places on earth will the full majesty of nature's power and beauty be presented to your eyes in such an awesome and spectacular fashion as it is in the Iguazu Falls in South America.

On 25 September, 2011 by Paolo Trozzini in Destinations

Not all airlines are shuttering services or laying off staff. Azul Airlines, Brazil's newest airline, will add more planes and increase the number of destinations this year

Towns and cities in Brazil