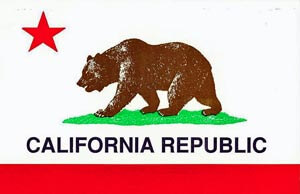 California's State Parks are outdoor gyms, nature reserves, leisure parks, class rooms, and even wedding venues for millions of Americans and tourists each year. But California is broke to the tune of $24 billion and Governor Schwarzenegger is shutting 220 parks to meet the budget shortfall.

The gates will close, the bathrooms will shut, and the Rangers will end up jobless most likely. This means the risk of vandalism increases as does the chance of more wildfires, which are a lot more costly than the expected $70 million savings each year from shutting these parks. On California state beaches, there won't be any more lifeguards. Last year, there were no drownings on beaches with guards. However, drownings are still the main reasons for accidental deaths in California parks, as plenty of beaches already operate without lifeguards. 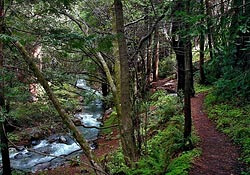 And the question is also open to what happens to the communities that rely on the state parks for tourism income. California, whether it's the Los Padres National Forest or Big Sur, depends on its nature for much of its tourism. Tourists spend freely, while visiting places such as the Northern California coast. In fact, there are fears that long term, $46 billion worth of tourism will be lost, as will any income that today comes from Hollywood filming in the California State Parks.

The National Park Service, in sharp contrast, has just waived the entry fee for Federal Parks to draw even bigger numbers of visitors. Under the plan, visitors will not have to pay at the 147 of 391 national park sites that usually charge admission prices during the weekends of June 20-21, July 18-19, and August 15-16, 2009.

I think trying to save a measly $70 million (OK, so it's a big number and would make a real difference in my bank account) by shutting 220 California State Parks is folly. The value each year of just the mountain bikers and bird watchers are likely much higher than this, once you count taxes receveived from entry fees, lodging, restaurants, gas, etc... What are your thoughts? Should these parks shut to help save the budget right now or stay open to help draw in tourists?

There's a site set up which hopes to save the California State Parks from closure. Head over there and support them!