Shooting photos from a moving vehicle

On the road you often see some interesting sights out your window. Here are some travel photography tips on capturing photos from a moving vehicle. 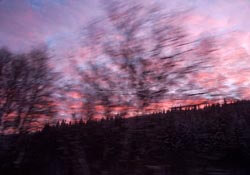 If you take a picture out of the side window of a moving car or high speed train, the result will be as blurred as if you were standing still while a car or train was passing you by. What matters is the speed of the two objects relative to each other. When you shoot out of the train or car, the closest objects will be blurred most, the ones in the distance will be blurred the least.

To deal with the resulting motion blur, it's best to increase your shutter speed as if you were shooting a fast moving subject. A photo taken at 1/1000 of a second will be much less blurred than one taken at 1/60 of a second.

Set your camera to shutter speed priority to avoid changing settings for each shot. If you can only use aperture priority, choose the widest aperture you can to increase shutter speeds. Also set your focus to infinity of you have the option, as this will help a bit.

If you have the option, shoot from the front or rear window as motion blur will be much less visible compared to a side window..

Taking photos from a boat

With a boat moving in multiple directions at once, it's trickier to anticipate and minimize motion blur. Your best choice is to pay attention to the movement, and quickly take your photo at the top or bottom of a wave movement. A tripod can help as well, especially with telephoto lenses. 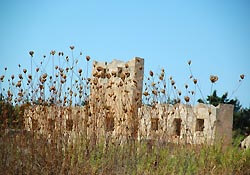 You're likely to pass bushes, lamp posts, dog walkers, and many other objects while taking photos from a car or train. A blurred lamp post does nothing good for your composition.

Remember to look ahead in the direction your vehicle is moving and anticipate obstructions.

If you can't avoid obstructions, set your camera to take several photos in a series and hold the shutter button down for a few seconds. This will give you anything from a few to lots of pictures depending on the speed of your camera. One should come out well.

Remember that this can be a costly option with a film camera, and I'd recommend a digital camera for this reason alone while traveling.

In an aircraft, there aren't usually any obstructions besides the planes wings. However, these can certainly be used in your composition: 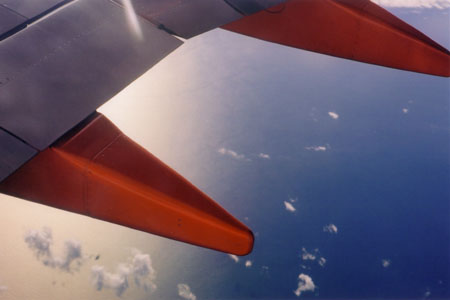 Try getting a seat far away from the wings when you check in, or look for a free window when traveling. Remember that electronics such as cameras are not to be operated during takeoff and landing, but you'll be free to move around when you want to shoot.

A window will often create reflections in your image. Windows on airplanes often color, or tint, your pictures blue, green or violet. Sometimes it is possible to overcome this by using a polarising filter. Otherwise, it's a good option to shoot from as close to the window as possible, as if you were shooting at an aquarium.