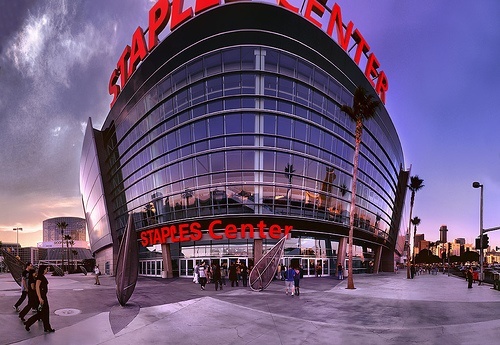 The Staples Center, located on Figueroa Street in the heart of downtown Los Angeles, is a multi-use entertainment venue. It is very easily accessible via the Los Angeles Metro subway and bus system or by a short walk from the areas many hotels and restaurants. There is always something going on in the Staples Center and it's very difficult to not find something to match your tastes.

The Staples Center is downtown Los Angeles premiere entertainment destination. The diversity of events and programs offered is top notch. There are also very few bad seats in the house. Like any other venue in the world the closer you are to the action the more you will pay to be there. But in the Staples Center even the cheap seats are usually good ones.