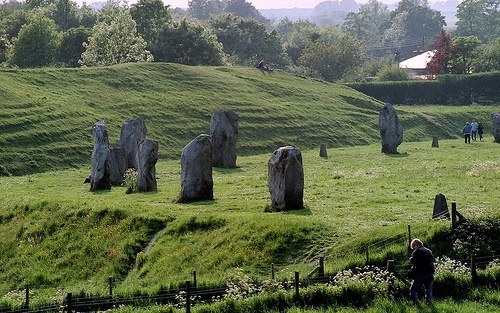 The Avebury Stone Circle in Wiltshire, England, is a little like a miniature version of Stonehenge, another Neolithic henge not too far away. Built as early as 5,000 years ago and originally known as Waledich, the Stone Circle is just that, a group of large stones (though not on the scale of Stonehenge) that have been positioned upright in a circular formation with a diameter of about 420 meters.

Used in pagan rituals of an unknown nature, the henge is made up of not only stones, but of circular ditches dug by its creators to form a perimeter. Though much of the henge is visible still today, some of it was damaged or destroyed in an attempt to eradicate paganism as Christianity began spreading throughout the British Isles in the 14th century. 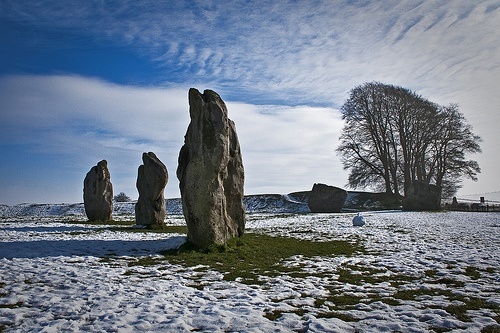 Today, the henge may actually be more revered than it was at the time it was built because, just like with its sister Stonehenge, so much emphasis has been placed recently on the ancient spirituality that inspired its creation.

Visitors to Avebury will want to, of course, visit the henge, but should also plan to spend time at the Alexander Keiller Museum. The museum, named for the archaeologist who first excavated the site, houses a varety of artifacts from the henge as well as other items from the Neolithic period in Britain. The Keiller Museum will certainly provide further insight into the minds of the Stone Circle's original pilgrims and will complete any traveler's journey back to prehistory in Britain.You also shouldn't miss:

There is also a gift shop and the Circle restaurant on site.

The stone circle is accessible all year, but the museum, shop, and restaurant hours vary.

Academic use I believe is allowed without affecting copyright, though this is of course a Creative Commons licensed photo. I'd look up the user on Flickr, and grab a larger file from there.

Of course, your paper should reference John Burke as the creator.

I am writing a thesis for a masters and want to use the top photo on this page in the context of me visiting Avebury. Can you give me permission to do so? Or shall I just use John Burke's name, as you have? Thanks, Julia

Nice post with excellent pictures. The pictures alone would make me want to go there, because they show how much character the place has!