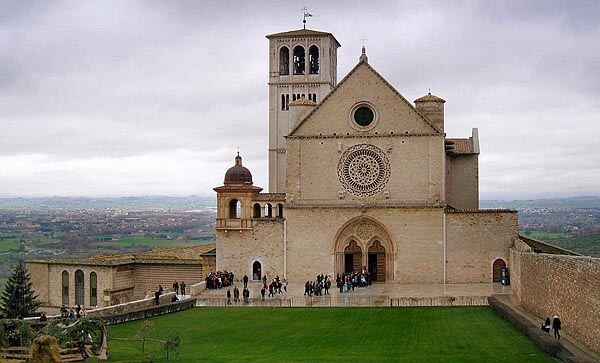 The Basilica di San Francisco is located in the Italian town of Assisi in Umbria. Since 2000 the Basilica is declared as a UNESCO World Heritage Site. There are two main parts to the basilica: The Lower Basilica, which is cramped and dark; and the Upper Basilica, very spacious and bright. This distribution has been interpreted symbolically: The lower level would represent the life of penance, while the second symbolizes the glory of God and the Heavens. 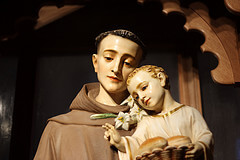 The basilica is part of a monumental complex of Franciscan monks. The basilica very important for Catholicism, but is also an artistic masterpiece.

The bottom of the nave of the Upper Basilica is occupied by a cycle of frescoes on the Life of San Francesco. There are twenty-eight scenes from the Legend Mayor of San Buenaventura, at the end of the thirteenth century, which is viewed as the official biography of San Francesco. Giorgio Vasari, Italian painter and architect, who is famous for his biographies of Italian artists, quotes that the frescoes were completed by the master Giotto.

Yes, the site got a serious lick of paint a while back, though still a work in progress. Need to do a lot of detail layout work still. Looks *much* better now though, I'm overall really happy.

did you redesign your site? i love it!

Sounds like an absolutely great hike. It's beautiful countryside.

Italy is one of the countries I would love to spend some time in. Italy and Greece have always been a dream destination for me since I was a kid!! Looks beautiful!