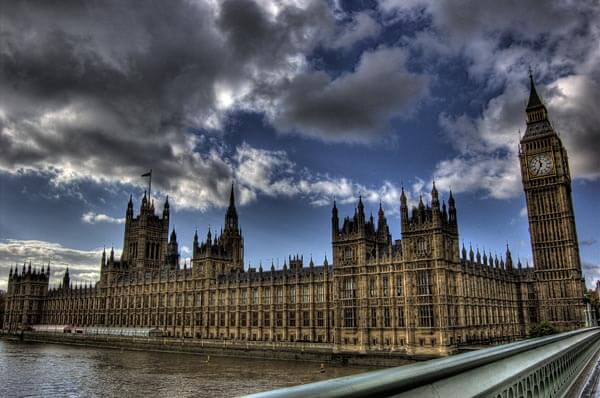 Among London's most notable landmarks, Big Ben stands tall – both figuratively and literally – on the list.

Throngs of visitors flock to Big Ben annually. The clock tower is located next to Westminster Palace, a key meeting place of British Parliament.

Westminster Palace was built from 1836 to 1868. The Big Ben clock tower was built in 1859. To this day, with maintenance, the clock stays on time. It survived the blitz bombings of World War II and the Zeppelin attacks of World War I.

The most widely-held theory is that Big Ben got its name from Sir Benjamin Hall, who oversaw its construction. The tower's official name is the St. Stephen's Tower.

Big Ben is the bell within the clock at the clock tower. Today, Big Ben plays host to the epicenter of New Year's celebrations in England.

Big Ben is in the heart of London along the River Thames, giving photographers a nice foreground to capture Westminster Palace from across the river. The iconic clock tower is visible from most parts of central London.

If you go, you may want to use the London Underground subway system. If using the Underground, take the stop to Westminster. It will get you within a block of Westminster Palace and Big Ben. Use the official transportation ministry's website to figure out a route how to get there.

According to the official website for Big Ben, tours are open to UK residents only and must be arranged through a local Member of Parliament (MP) or a member of the House of Lords. Both sides of Parliament meet at Westminster Palace. Tours are free but children under 11 are not admitted.

Touring Big Ben requires months of planning. Tours get booked up months in advance. You cannot show up and join a tour.

According to the organizing group for London tourism, Visit London, the clock's dials are 23 feet square and the minute hands are 14 feet long.

Expect packed crowds for the New Year's celebrations. Otherwise, the area should offer opportune photographic possibilities. It is a wonder to see.

Visitors to the Clock Tower will be shown up by a guide, who will outline the history of the tower, the bell and how the most accurate public clock in the world works.

Tours of the tower are free and open to UK residents who have requested a visit through their local MP or a member of the House of Lords. Children under the age of 11 are not permitted. Tours for overseas visitors are not available.