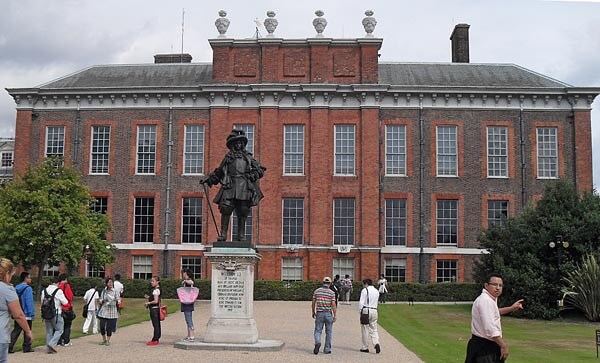 If there is a “must see” place on your next visit to London, it is Kensington Palace. Kensington Palace is set in Kensington Gardens in the Borough of Kensington and Chelsea and has been the residence of the Royal Family since the 17th century. It was the official residence of Princess Diana until her death. Currently it is the home of the Duke and Duchess of Kent and the Duke and Duchess of Gloucester. Prince Harry and Zara Philips, granddaughter of the Queen, also use it on an unofficial basis.

Kensington Palace’s State Apartments are open to the public and well worth the time you spend there. These apartments have been completely transformed into the “Enchanted Palace”. The historic rooms are full of cutting edge modern art and are fashioned after the seven princesses who have lived there. The hours are from 10 AM to 6 PM daily. There is a charge to touring.

Once inside Kensington Palace you are taking a step back in time. You can view Queen Victoria’s bedroom. It is the room in which she first heard the news on June 20, 1837 that she was now the Queen of England. It is also known as “the room of the Sleeping Princess”.

Next stop on you tour can be at the Mary of Modena’s Bed. This bed is also called the “warming pan bed”. The room itself is called “The Room of Royal Sorrow’s” and you can learn the tragic story of Mary II there.

Now stand and admire the King’s Grand Staircase or Room of Flight. The walls and ceiling were painted with vivid portrayals of George’s court and characters. On display on the stairs is a striking and vibrant dress of Vivienne Westwood. This is truly a beautiful site. 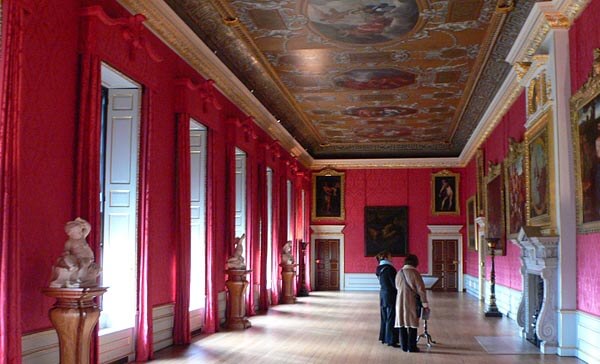 The King’s gallery is the longest of the apartments in the Enchanted Palace. Stop and have tea at the Orangery, where the most unusual and delicious tea is served.

Before leaving the Kensington grounds stop at the Sunken Garden and enjoy the intimate and tranquil oasis. The gardens have celebrated 100 years of planting.

Yes, Kensington Palace is indeed an Enchanted Palace. So remember to stop and enjoy when in London.

Summer hours are 10 am to 6 pm, winter hours 10 am to 5 pm. On some nights, the opening hours are later, contact the Palace for more information.

Photos by Chris Coomber (1) and Heather Cowper (2) on flickr

Old English Royal pomp, it's amazing. Yeah, the entry cost is prohibitive, but so is all of London as a backpacker.

I LOVE old historic buildings and their stories. Looks gorgeous! Kind of expensive on a backpacker budget but may add this to my list of "must do experiences". Thanks for the post!