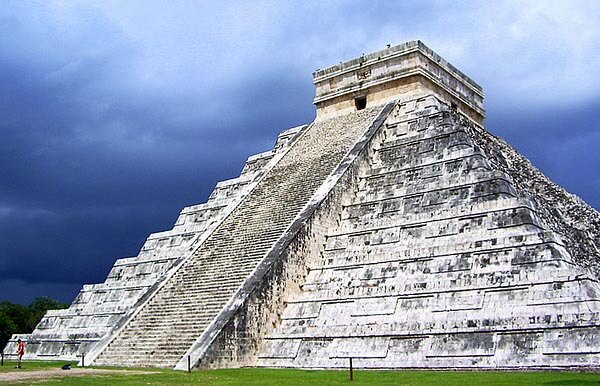 There is a large pre-Columbian archaeological site that needs to be on your “bucket list” when touring Mexico. The name of the site is Chichen Itza, which was built by the Maya civilization in the Yucatan Peninsula in Mexico. There are many architectural styles seen at the exhibit from “Mexicanized” to Puuc style. Chichen Itza is federal property that rested on privately owned land until the land was bought by the state of Yucatan in March 2010. 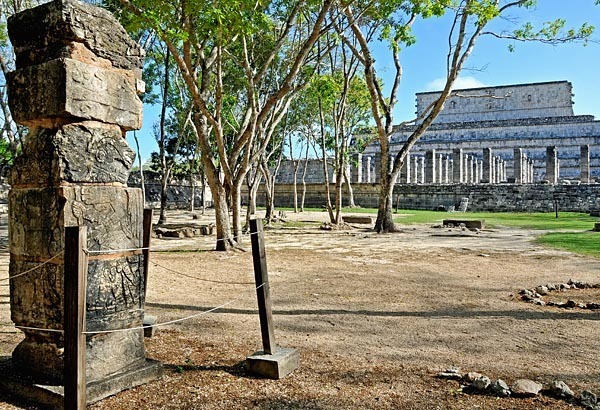 The ruins are a very impressive site to behold which holds many fine stone building some have been restored and others have not. To get from building to building there is a network of about 100 paved roads called sacbeob. 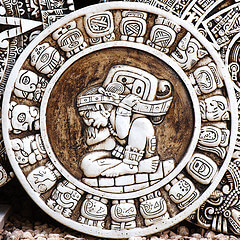 When visiting you will note that the building are in groups according to their architecture and at one time had been separated by low walls. The best know areas are the Great North Platform with its monument of El Castillo, the Temple of Warriors and the Great Ball Court. The Ossario group has the Ossario pyramid and the Temple of Xtobloc. The last group has the Caracol, Las Monjas and Akab Dzib.

Standing high in the center of Chichen is the Temple of Kukulkan . This is a step pyramid with a temple on the top and stairs on all four sides with a serpent’s head at the base. If you are up to some exercise climb to the top and get a birds eye view of Chichen.

When staying in Cancun, Chichen Itza is just a short tour bus ride away. It is a wonderful day trip and not easily forgotten.

Over the past several years, INAH, which manages the site, has been closing monuments to public access. While visitors can walk around them, they can no longer climb them or go inside their chambers. The most recent was El Castillo, which was closed after a San Diego, California, woman fell to her death in 2006.

Chichen-Itza, now including one of the new seven wonders of the world; the Kukulkan Pyramid, is located in the Yucatan Peninsula, in the Yucatan State; Mexico, between Merida and Valladolid and is only 120 km from Merida.