New York's Central Park in the fall. A perfect place for a stroll in the sun and taking pictures. 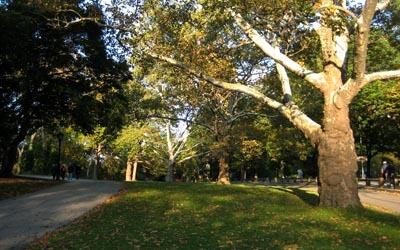 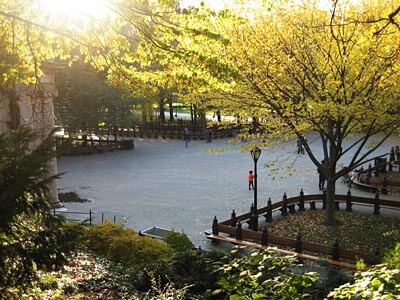 Central Park was the first landscaped public park in the United States. Advocates of creating the park - primarily wealthy merchants and landowners - admired the public grounds of London and Paris and urged that New York needed a comparable facility to establish its international reputation. A public park, they argued, would offer their own families an attractive setting for carriage rides and provide working-class New Yorkers with a healthy alternative to the saloon. After three years of debate over the park site and cost, in 1853 the state legislature authorized the City of New York to use the power of eminent domain to acquire more than 700 acres of land in the center of Manhattan. 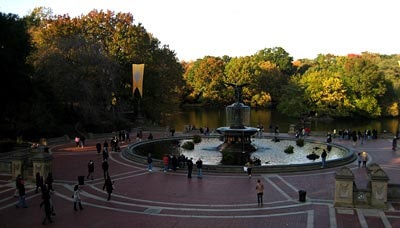 The building of Central Park was one of nineteenth-century New York's most massive public works projects. Some 20,000 workers - Yankee engineers, Irish laborers, German gardeners, and native-born stonecutters - reshaped the site's topography to create the pastoral landscape. After blasting out rocky ridges with more gunpowder than was later fired at the Battle of Gettysburg, workers moved nearly 3 million cubic yards of soil and planted more than 270,000 trees and shrubs. The city also built the curvilinear reservoir immediately north of an existing rectangular receiving reservoir. The park first opened for public use in the winter of 1859 when thousands of New Yorkers skated on lakes constructed on the site of former swamps. By 1865, the park received more than seven million visitors a year.

A playground for the rich

The city's wealthiest citizens turned out daily for elaborate late-afternoon carriage parades. Indeed, in the park's first decade more than half of its visitors arrived in carriages, costly vehicles that fewer than five percent of the city's residents could afford to own. Middle-class New Yorkers also flocked to the park for winter skating and summer concerts on Saturday afternoons. Stringent rules governing park use - for example, a ban on group picnics - discouraged many German and Irish New Yorkers from visiting the park in its first decade. 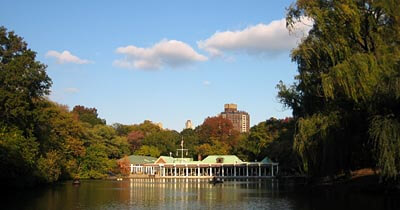 In 1934, Mayor Fiorello LaGuardia placed Robert Moses in charge of a new centralized citywide park system. During his twenty-six year regime, Moses introduced many of the facilities advocated by the progressive reformers. With the assistance of federal money during the Depression, Moses built 20 playgrounds on the park's periphery, renovated the Zoo, realigned the drives to accommodate automobiles, added athletic fields to the North Meadow, and expanded recreational programming. In the early 1950s and early 1960s, private benefactors contributed the Wollman Skating Rink, the Lasker Rink and Pool, new boathouses, and the Chess and Checkers house. Moses also introduced permanent ball fields to the Great Lawn for corporate softball and neighborhood little league teams. 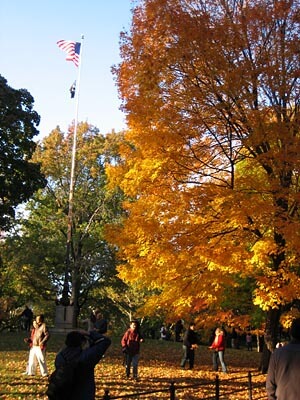 Central Park got livelier in the sixties

In the 1960s, Mayor John Lindsay's two park commissioners, Thomas Hoving and August Heckscher, welcomed "happenings," rock concerts, and be-ins to the park, making it a symbol of both urban revival and the counterculture. In the 1970s, however, severe budget cuts during a fiscal crisis, a long-term decline in maintenance, and the revival of the preservation movement prompted a new approach to managing the park. 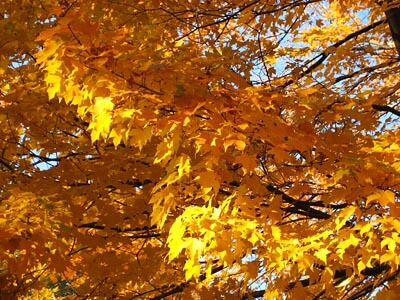 In 1980, the Central Park Conservancy, a private fundraising body, took charge of restoring features of the Greensward Plan, including the Sheep Meadow, the Bethesda Terrace, and the Belvedere Castle. By 1990, the private organization of the Central Park Conservancy contributed more than half the public park's budget and exercised substantial influence on decisions about its future. Central Park, however, continues to be shaped by the public that uses it, from the joggers, disco roller skaters, and softball leagues to bird watchers and nature lovers.

Although often regarded as a kind of oasis of tranquility inside a "city that never sleeps," Central Park was once a very dangerous place - especially after dark - as measured by crime statistics. The park, like most of New York City, is considerably safer today, though during prior periods it was the site of numerous muggings and rapes. Well-publicized incidents of sexual and confiscatory violence, such as the notorious 1989 "Central Park Jogger" case, dissuaded many from visiting one of Manhattan's most scenic areas.

As crime has declined in the Park and in the rest of New York City, many negative perceptions have waned, and the use of common sense is enough to reasonably protect visitors from harm. The park has its own New York City Police Department precinct (Central Park Precinct), which employs both regular police and volunteer citizens. In 2005, such safety measures held the number of crimes in the park - which has more than 25 million visitors annually - to fewer than one hundred per year (down from approximately 1,000 in the early 1980s); this very low crime rate has made Central Park one of the safest urban parks in the world.

Central Park is located in the middle of Manhattan island. You have a choice of over 20 subway stations and dozens of bus lines to use to arrive at the park.

Hours for motorized traffic are limited, on some roads very strictly. However, pedestrian access is 24 hours.

There are five visitor centers in Central Park. At each one you can get information about the Park, recreation activities and upcoming events.

Well, if you are still writing your book, you may want to speak with me, who was raped in Central Park in June 1970

I am writing a book and this has helped out my research amazingly.