3 islands in the Mediterranean

The Mediterranean islands are great destinations all year round, but spring and fall are the most pleasant and beautiful. Malta, Crete, and Cyprus are my 3 favorites. 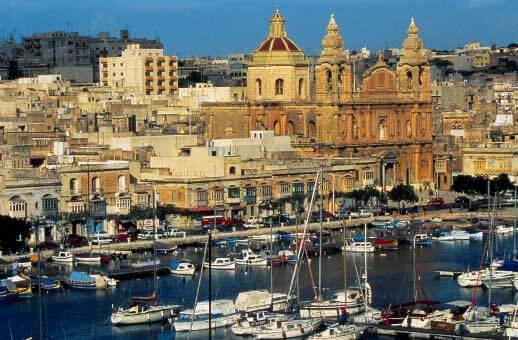 Malta is a small island south of the Italian island of Sicily. It's a fairly unknown tourist destination so outside the high season you're not battling with thronging crowds of bumbag charter tourists. The densely-populated island nation is an archipelago of seven islands in the Mediterranean. It's part of the EU and deserves more visitors.

Malta, and the capital Valetta, is the site for some of the oldest civilizations anywhere, and they left plenty of sights to see. But besides ancient ruins, the island offers a pleasant climate, great diving, and an easy-going experience. For historial background on Malta, check the Wikipedia entry.

Top picks for experiences in Malta 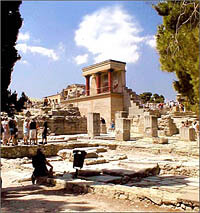 Crete is the largest of the Greek islands, and also the most visited, its attractions include the Minoan sites of Knossos and Phaistos, the classical site of Gortys, the Venetian castle at Rethymno, and the Samaria Gorge, as well as many other natural sites, monuments, and beaches.

It's an extremely mountainous island, and the highest mountain is White Mountains or Lefka Ori at over 2,400 meters. From here you can view the entire Greek Archipelago and even to mainland Greece itself 100 miles north given a really clear day.

The weather is in-between Mediterranean and North African, which makes it a pleasant destination year round. This drives a couple million tourists a year, mostly through the capital city Heraklion and its airport and port. This ancient city is now home to nearly 140,000 people, a vibrant night life, and enough eating and drinking establishment to make you fat and happy.

Top picks for experiences in Crete 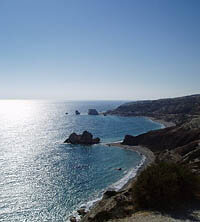 Cyprus is the third-largest island in the Mediterranean and one of the most popular tourist destinations in the Mediterranean, attracting over 2.4 million tourists per year. A former British colony, it gained independence from the United Kingdom in 1960 and became a Commonwealth republic in 1961. The Republic of Cyprus is a developed country and is a member of the European Union since 2004.

The island is split between Greece and Turkey, and there's a longstanding conflict between them about the Turkish-controlled area which was invaded by Turkey in 1974. The situation is now peaceful, with at most jingoistic language in the respective countries' parliaments! The capital, Nicosia, is on the Greek side of the island. However, Paphos is the main tourist destination and the most developed.

There are many reasons why a visit to the Turkish side of the island may be a better choice (fewer tourists would be one!) though you'll have to take a flight connecting in Istanbul because of restrictions on flights to this part of the Cyprus. Famagusta and Kyrenia are two popular destinations on this side of the island.

Top picks for experiences in Cyprus

Kolossi Castle. After the rule of the rebellious Byzantine Emperor Isaac Komnenos, King Richard I of England captured the Cyprus in 1191 during the Third Crusade. On May 6, 1191, Richard's fleet arrived in the port of Lemesos and took the city. When Isaac arrived to stop the Crusaders he discovered he was too late and retired to Kolossi Castle, an impressive square fortress just outside of Limassol.

Beach life near Paphos. Cypriotic beaches are fantastic, with reliable sunshine and a steady mild wind keeping temperatures comfortable. There's also plenty of scuba diving available across the island, and if you wish to learn, take a look at this list of scuba diving schools in Cyprus.

Hala Sultan Tekkesi. A historic mosque standing in beautiful gardens on the edge of Larnaka Salt Lake (dry in summer), a winter home of migratory flamingoes. Built in the 7th Century AD, it's location near Larnaca makes it easy to reach and a real education in the architecture of early mosques.

Have you visited any of these islands?

Share your tips and thoughts in the comments below.

I liked Malta the most from those 3, really superb!

My favorite is North Cyprus it's having golden beaches , sight seeing places and pleasant climate with people over there are friendly in nature.