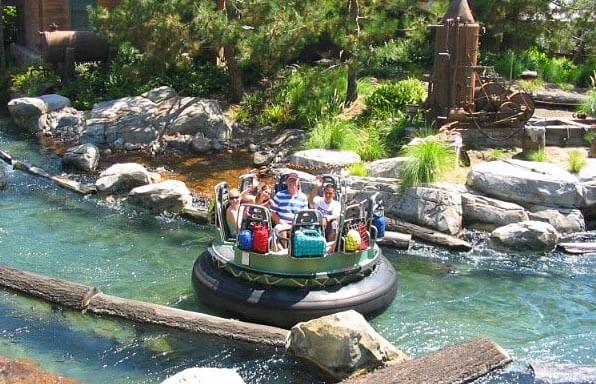 Whereas one could go to Disneyland, never ride a major attraction, and still have a great time, the reason to go to ‘DCA’ is to ride. Without spoiling the details of the attraction, here are some highlights: ‘Grizzly River Run’, a whitewater rafting ride, is the only one that I have ever ridden that actually captures the feel of being on a real river – just be prepared to get soaked, not wet, soaked. ‘Toy Story Mania’ is the ultimate interactive attraction – ride and play at the same time. And ‘Soarin Over California’ is a thrill ride which will blow away a jaded teenager while also being something that their 90 year old great grandparent can ride. And enjoy. Really. Those are just a few of the major attractions at DCA, and the park is filled out with a number of smaller attractions which are also quite enjoyable.

Disney is in the process of expanding the park to better incorporate the Pixar properties – one expansion coming soon is ‘Cars Land.’ So if you visit now, be prepared to visit again soon.

When it opened, DCA was considered a ‘half-day’ park. In its current iteration, it is a very full day, and is best combined with the adjacent Disneyland park on a multi-day ticket. You will want at least 3 days to see both parks.