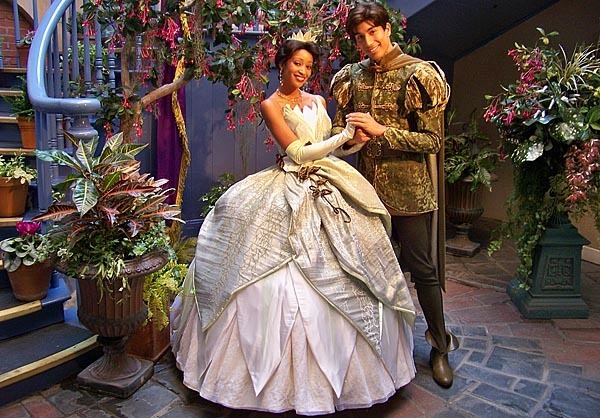 Disneyland in Anaheim is the original theme park, and was built before Disney World in Florida. Not only did they do it first, but they did it best, as it is still the best all-around theme park experience in the country, if not the world.

Disneyland contains a number of themed lands touching on the spirit of adventure (Adventureland), the feeling of the American frontier (Frontierland), the forest of Critter Country, a square in New Orleans, the promise of Tomorrow (Tomorrowland), the fantasies of childhood (Fantasyland), the whimsy of cartoons (Mickey's Toontown) and the nostalgia of a small town (Main Street USA). All worlds contain intricate theming (watch how even the pavement changes from world to world!) and attractions as well as shopping and dining to also play into the theme. 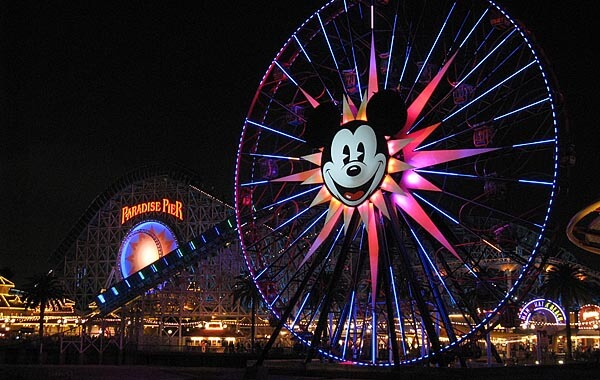 What makes Disneyland so unique relative to the theme or amusement parks in most cities is the degree to which each ride is an immersive environment. Every park has a wild mouse roller coaster, but Disneyland's coaster is in the dark, hurtling through space, with an appropriate soundtrack. Dark rides in most parks can range from tame to generic haunted houses. At Disneyland, the dark ride may be a pirate ship floating over the story of Peter Pan, or the Haunted Mansion where you are taken through an intricate house, filled with sounds and sights and a clear story - light years ahead of a "normal" haunted house. 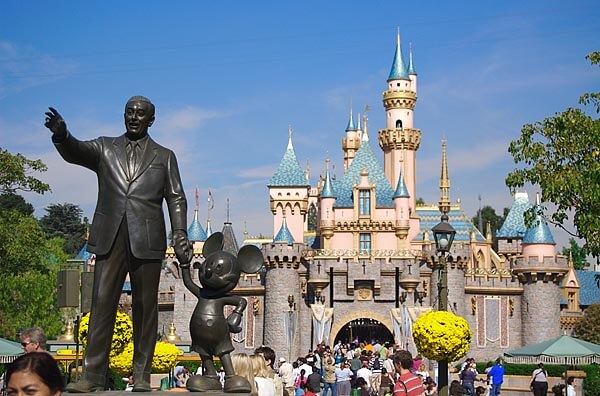 The magic of Disneyland is in how it transports you to another place. It's easy to have fun at any park. At Disneyland, you're having fun in a complete and immersive world. And that's hard to understand until you've been there!

Located about 35 miles south of Los Angeles, Disneyland is easy to reach by airplane or car (right off of California's Interstate 5). As a part of the greater Disneyland Resort which also encompasses the Downtown Disney shopping area and Disney’s California Adventure Park, this park really requires a minimum of three days to see in its entirety.

Thanks for sharing your story Nick. Must have been an interesting time to live in southern California!

This article brought back many remarkable memories for me, my family moved to Anaheim Sept. 09/ 1957, my 1st. Year of school was Brookhurst Jr. High, my Sr. Yr. was Western High. During the summer of 58/59 I worked at Disneyland, I had a push cart full of ice cream with a HUG umbrella. I was not only surprised but speechless when Mr. Disney an 3 associates stopped at my cart for ice cream. Imagine a teenage kid from Canada meeting Mr. Disney in person on a Wednesday, that was his day to meet an greet Dignitary's Royalty, Movie Stars and more. His Brother Roy also acted as a meet and greet to the general public wearing a pair of Mickey Mouse ears as part of his duties at Disneyland. I'm sure that anyone who reads this lived during that period of time will recall all the things Disneyland and Walt Disney represented then and to this day remains a fixed time in history that will never change. Knott's Berry Farm was also another story for another day. A Very Happy New Year to all who view my comments.