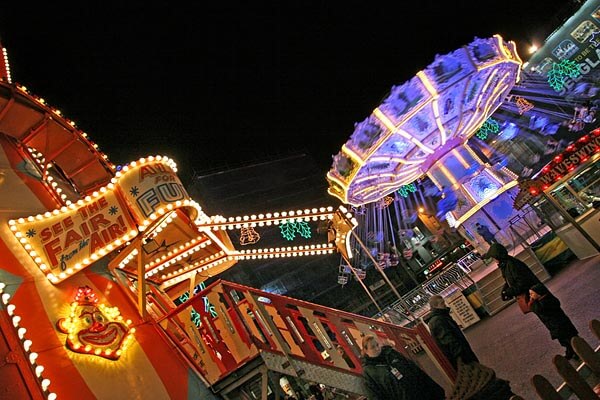 Are you planning a vacation this July and need someplace to visit? How does Glasgow, Scotland sound to you?

Glasgow is the largest city in Scotland and has many fairs and festivals throughout the year. One of the longest running fairs is the Glasgow Fair, which dates back to the 12th century. Over the years it has undergone changes. It originally started as a fair to sell or trade cattle, horses and hire servants. In the 19th century the fair added amusement such as drinking booths (known in the USA as a beer tent), theaters, and circuses.

The Glasgow Fair originally marked the beginning of a two-week holiday period for the Glasgow residents. Factories and businesses closed and there was a race for the bus and train stations by the resident to enjoy their holiday (vacation). The traditional opening day was July 7.

The Glasgow Fair is still a local holiday and held on the Glasgow Green, but Fair Fortnight is no longer the time when everyone escapes the city because now holidays are scattered throughout the year. The fair no longer trades cattle and horses or has a supply of servants for you to hire, but the amusements still remain. This year the Fair starts on Saturday July 16 and runs through July 18.

Now it is time to get your passport, an airline ticket and pack a bag so you can be part of the 2011 Glasgow Fair. Enjoy!

This is interesting, and the photo is beautiful. This looks like a beautiful fair. Certainly wouldn't mind checking it out myself!