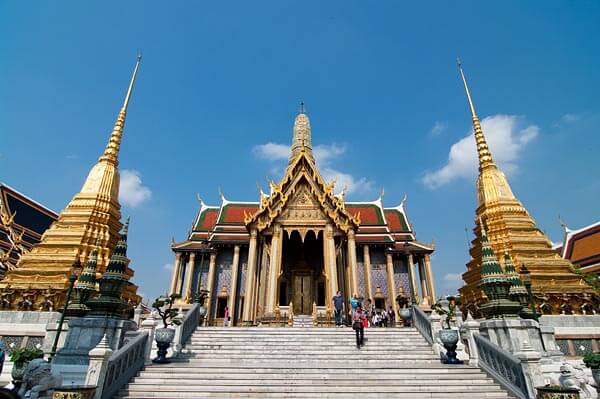 The Grand Palace of Bangkok, Thailand, Wat Phra Si Rattanasasadaram, has been the Royal Palace of the King and the royal court for nearly 250 years since King Rama I ordered the construction. The spectacular complex of the Ayutthaya style dazzles with gleaming golden stupas and chedis, and ornate intricate scenes from the Ramayana. 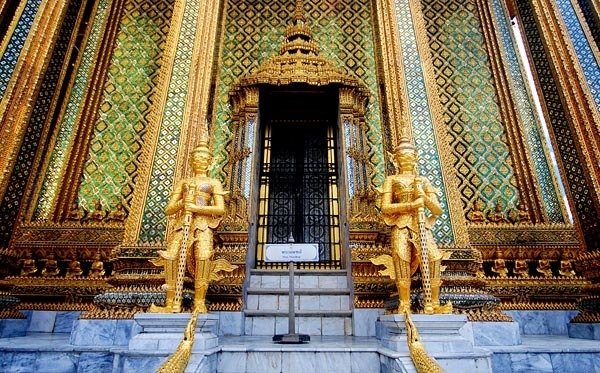 The King’s Palace Chakri Mahaprasad is an eye-catching design of French and British architecture, with a glittering gold Thai roof. The Temple Wat Phra Kaew adorned with ornate towering columns, is the home of the national treasure of Thailand, the Emerald Buddha.

The sacred jade statue is nearly a foot and a half tall, clothed in gold, and is carved from a single piece of jade. Dress code is enforced, long pants and shirts are advised. Admission is usually 200 Baht, and is better to go early morning by boat on a guided tour than face the hustle and bustle of downtown.