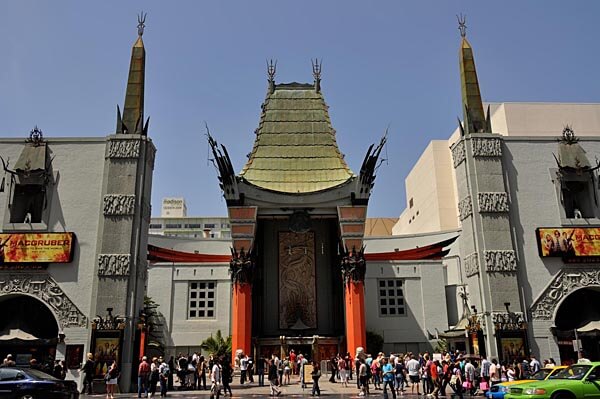 Grauman's Chinese Theater, formerly known as Mann's Chinese Theater, is a landmark of Los Angeles. Its distinctive appearance, Hollywood location, and rich history have helped to etch it in the minds of people from all over the world. If you are visiting the Los Angeles area, Grauman's is a great place to take a tour as well as watch a movie.

Tours are held at the theater 7 days a week, The tours allow you to learn about the theater's history as well as take a look at how beautifully it is decorated. In addition to this, you can still watch movies there. Seeing a film in such a luxurious and special theater is an entertaining experience. If you have the time, try to take a tour and catch a movie. It's a great way to see some of the best of what Hollywood has to offer.

Open 7 days a week for shows and tours.