Australia is a beautiful country with many exciting destinations to explore – here are the top 5. 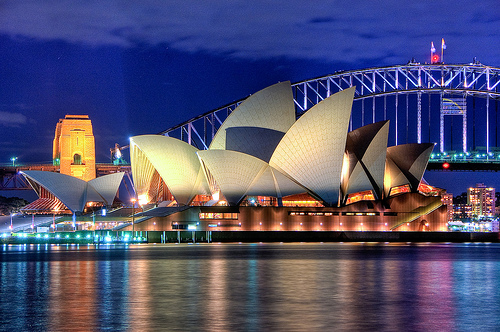 I have recently discovered an intriguing method of planning the holiday of a lifetime. The genius lies in its simplicity.

First, pick a county or rough geographical area that you want to visit. Then scour either the Internet or the photo albums of friends who have visited your chosen destination for the most breathtaking shots that they can boast.

Once you have a goodly number, depending on the intended length of your trip, plan to visit those exact spots. Then try to top them with stunning photos of your own.

To start the creative thoughts flowing, here’s the challenge: outdo these 5 photos of the Eastern coast of Australia. 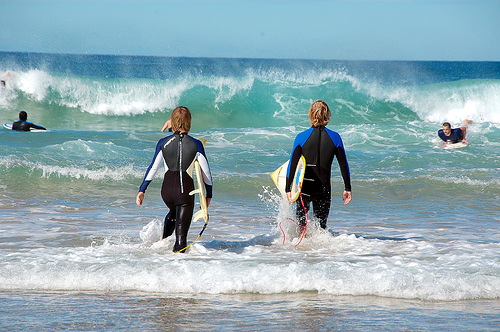 Travelling along the east coast of Australia you won’t have much difficulty finding idyllic surf-swept beaches. This particular photo was taken from Bondi Beach, the famous suburb of Sydney. To go one further, why not buddy up and have someone capture a shot of you riding the waves? Or being wiped out by them!

As spectacular as some cities look during the day, they can be even more breathtaking when silhouetted against the moon at night. Brisbane is no exception, as this photo ably demonstrates. 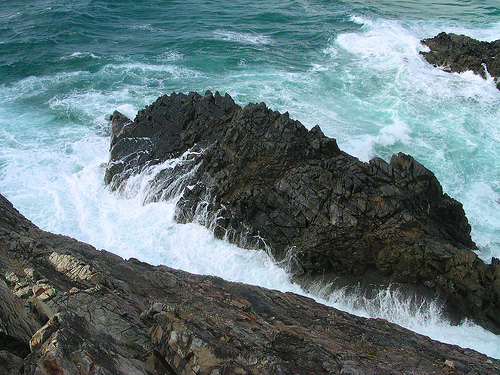 For all the cosmopolitan chic of its east coast cities, Australia is far better known for the rugged beauty of its physical geography. Visiting one of its national parks is the probably the best way to gather knowledge and appreciation of Australia’s endlessly varied natural splendour – not to mention the opportunities for evocative photos, such as this shot taken of the Hell’s Gate rock formations in Noosa National Park. 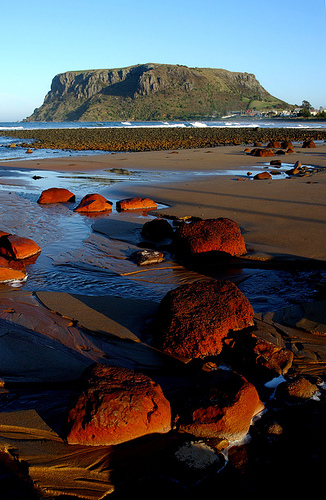 Ayers Rock – or Uluru as it is known locally – is all well and good, but for the little slice of distinction then look no further than Tasmania’s own ‘The Nut’. Not only would this nicely round off a ‘North to South’ tour of Australia’s East Coast but also would give a jewel in the crown of stunning photo opportunities. Taking holiday snaps here would also avoid the hassle of mass tourism. Bonus. 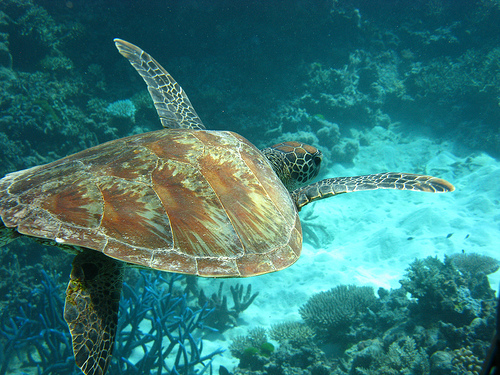 This is kind of a tough one but since flights to Australia are currently at relatively reasonable prices, there’s no reason not to splash out (pun intended) on a high-quality waterproof digital camera. Our travel guide to Australia.

Why advertise the best job in the world?
Hire a minibus and roadtrip through Australia
10 best beaches in America 2008

Thanks Jay, appreciate the feedback. Will put up some more Australia posts once I find something worthwhile.

Hey great article have been lucky enough to go to OZ twice. Absolutely amazing and the flight to get there wasnt as bad as i thought, even coming from the UK. Look forward to more great austailian tales