The Victoria Tower at Houses of Parliament 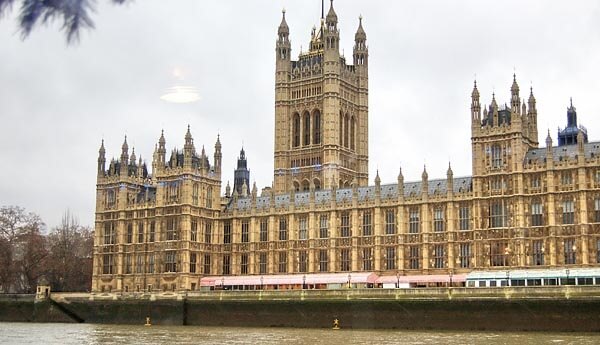 Few places in Great Britain are as steeped in history as the Palace of Westminster. And it is possible that no place in the vast Westminster complex has more historical associations than Victoria Tower. The largest and tallest of the three towers at Westminster, Victoria Tower soars to a mighty 323 feet, and its massive architecture makes Big Ben, at the north end of the building, look rather puny in comparison.

Part of the “New Palace,” built after a fire destroyed the “Old Palace” in 1834, Victoria Tower is a fine example of Perpendicular Gothic style. You’ll want to start your visit by spending a few moments scanning the exterior, which the architect, Charles Barry, created with images of castles as his inspiration. The main entryway is called the Sovereign’s Entrance, and it is the doorway used by Queen Elizabeth when she enters Westminster for state occasions. In fact, there is a special flag, called the Royal Standard, that is flown from Victoria Tower whenever the Queen is present.

The lion’s share of space (12 floors worth of space) in Victoria Tower is dedicated to the Parliamentary Archive, which preserves and displays records of the House of Lords and House of Commons back to 1497. It also holds numerous documents of great interest to any history buff, from the death warrant for Charles I (1649) to the slave trade acts of 1807 and 1833, much of it saved from the great fire of 1834 by an intrepid clerk who threw bundles of records and priceless papers out of the windows of the blazing building.

If you wish to peruse the more than three million items in the archives, you’ll be delighted to know that it is open to the public. You must, however, make an appointment in advance by emailing archives@parliament.uk or calling +44 (0)20 7219 3074.