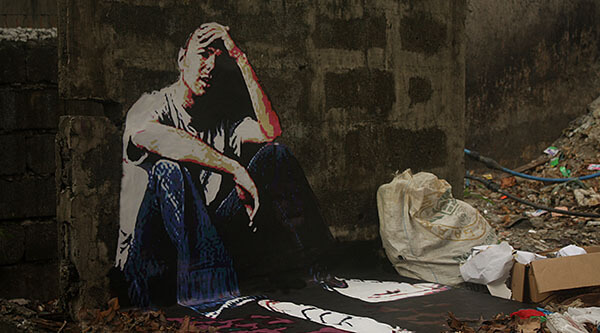 Here’s why I think Karl Pilkington has made one of the best travel programmes ever!

“An Idiot Abroad” first aired on our British TV screens in 2012 and was the brain child of legendary comedians Ricky Gervais and Stephen Merchant. Stemming from a series of podcast the character of “Karl Pilkington” was developed and eventually turned into the lead of the hit TV show “An Idiot Abroad”.

Although the show is meant primarily to be a comedy (which of course it is as well) it is also a really honest and great travel programme. Through Karl’s jaded, moronic view of all the amazing places Ricky and Stephen send him to, he actually ends up revealing a more accurate picture of the country he’s visiting unlike other travel programmes.

Other travel programmes such as “Wish You Were”, only show you the very best aspects of the place they are holidaying in. Karl’s total disregard and annoyance with everything that isn’t English, lets you see the country for what it is – the good and bad aspects.

As fellow travellers will know, it is sadly not all lovable locals and sunny beaches when travelling – there can also be a lot of other things to deal with that aren’t always necessarily great. Karl through his dimwitted outlook reveals more of a realistic and valuable take on a country, rather than just its positives. Therefore making a more well-rounded and realistic travel programme, that allows the viewer to make up their own mind about travelling there – as they’ll have more of a general idea of what to expect.

A good example of the above point is Karl’s trip to Thailand. In the episode Karl visits Bangkok during Songkran which is the official start to the Thai New Year. What many people may not know is that Thailand (especially its main cites Bangkok and Chiang Mai) explode in huge water fights, where anybody and everybody is fair game. Tourist and locals alike run through the streets and soak anyone they come across to the bone.

Obviously arriving into such chaos, Karl (and all his luggage) are incidentally sodden by the time he gets back to his hostel.

For the viewer you are seeing the beauty and raw passion of Thailand without it being dressed up or dumb down.  After being to Songkran I can tell you that Karl’s experience is as true as any and if you have any valuable electronics it’s a good warning signal for anyone thinking of visiting Thailand around this time in the year.

Although Thailand is renowned for its paradise like islands and ever smiling locals, the show really does a great job in showing its more cultural aspects. Besides the Songkran in the episode, Carl also has encounters with lady boys, Muay Thai fighters and even chows down on King Cobra with a few locals in the North.

To conclude, if you’re thinking of visiting a country and would like to see a real show that won’t just over-hype all the best bits of it – look up “An Idiot Abroad” so you can gauge a more subjective opinion before booking a flight out there.

Fee could be levied on ESTA travel to the U.S. by 2010
Swim amongst fluorescent plankton in SE Asia