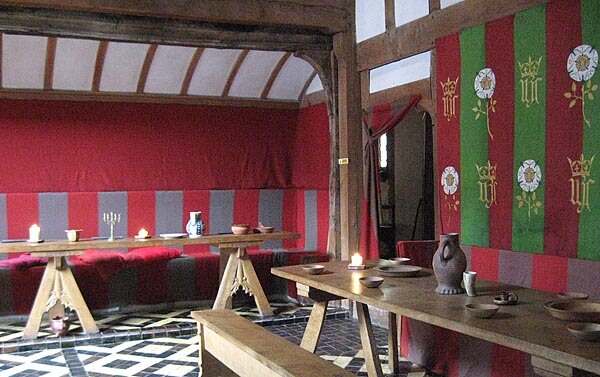 Barley Hall is a reconstructed Medieval building situated near Stonegate in York, England. This building originally dates back to 1483 but was given a new life after its heritage was discovered in 1980. It has a Great Hall faithfully recreating a 15th Century banquet hall where you can sit and take in the ambiance. It is like a living museum that takes visitors to 15th Century and experience the Medieval England.

For another look at medieval York, take a tour of the York City Walls.

Visitors, especially children, need to take care of steep stairs of Barley Hall. Many exhibitions related to Medieval England living and events like Christmas are hosted in Barley Hall throughout the year.

Enjoying the Medieval England in Barley Hall is a very special experience of English history.