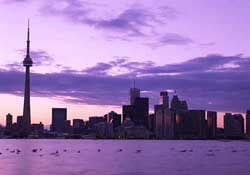 Getting lost in a foreign city happens to the best of us, the rest of us, and the most seasoned of travelers. For tips on getting your bearings again, read 10 Ways To Avoid Getting Lost In A New City from Brave New Traveler.

National Geographic has a wonderful slide show of aerial photos from China in China from above.

Polo's Bastards is one of my favorite travel stories site. These guys tend to visit some of the more... interesting... places on Earth and write about it. Recently, Karlos Zurutuza returned from South Ossetia. Read South Ossetia - A Land Of No Crossroads to find out more about this strange land.

“'So when you first agreed to come, did you think you would find us swinging from trees and stuff?' asked one of my students eagerly, to the sound of giggles all around.” Tamara-Diana Brunstein shares a tale from Senegal over at Traveling Stories Magazine about some strong cultural differences. Read Waiting for the Barbarians now.

For an interesting change in travel habits, it turns out tougher economic times means people chose packaged holidays rather than a la carte flights, hotels, and transfers. In All inclusive holidays popular in a weak economy Robin Goad of Hitwise UK discusses this new trend at Travolution.

without baggage writes about Salton Sea in California. In A desert sea at the world's end. by Hank Leukart describes this outpost of nowhere in fascinating detail. "Standing among dead fish remains and peculiar green-yellow algae on the Sea's shore, looking out at a shimmering azure abyss of salt water strangely positioned in the middle of the California desert, I felt like I'd reached the end of the world."

Most popular on eyeflare travel tips and reviews

Just a short line to add a new source of good travel writing you may also fancy :