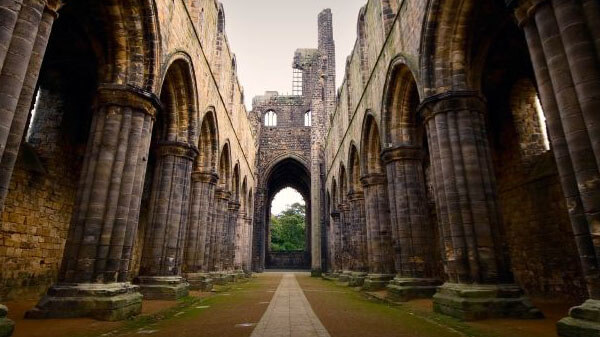 Are you looking for a travel destination that is off the beaten path? Consider a trip to Kirkstall Abbey in Leeds. The Abbey was built in 1159 along the banks of the River Aire and was a working Monastery for hundreds of years. The Kirkstall Forge is one of the last reminders of those days when the White Monks were known for their skilled craftsmanship.

The Abbey was surrendered in November 1539. The lead walls, furnishings and windows were all removed to discourage anyone from seeking refuge at the Abbey. The buildings were never demolished however. In 1779 the tower was lost in a severe storm and the brothers’ dormitory floor caved in under the weight of melting snow in 1825. 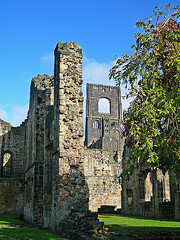 In 1895, after a series of renovations, the Abbey was opened to the public and the gate house turned into a museum as the 60 acres surrounding the Abbey turned into a park. The Kirkstall Abbey Park has walking paths, a playground and a garden. The Abbey has won the Green Flag award for the past four years in a row.

It is a haven of flora and fauna. Bring a picnic basket and enjoy the scenic view from the terrace along on the banks of the river. Come on one of the days the Kirkstall Abbey Market and Deli Market are open and check out the many wares from numerous vendors.

The markets are seasonal, please call the visitors center 0113 230 5492 to verify the dates and times before you visit. Across the street from the Kirkstall Abbey is the Gate House Museum.

On special event days you will step back in time to meet Victorian period life as you walk the streets and meet the people that lived and worked during that time. You can do a little shopping at Stephen Harding Gate or get a pint at the Hark the Rover inn, a replication of a Victorian drinking house. You can wander the streets and see how the wealthy lived compared to the poor during that time period.

You can marvel at the toys played with by children in the 19th century. Once you’ve finished at the museum, and maybe picked up a souvenir from your visit at the gift shop, consider having a meal at the Gate House Café to finish off your visit.

The Gate House Café is situated in the oldest part of the Abbey House, built between 1152 and 1182 it was originally the Inner Gatehouse of Kirkstall Abbey. The Gate House Café menu offers a variety of fresh made sandwiches, entrees and desserts using mostly local produce.

The Kirkstall Abbey is open to the public year round, closed on Mondays. Check with the visitors center to verify hours of operation for the day you plan to visit.