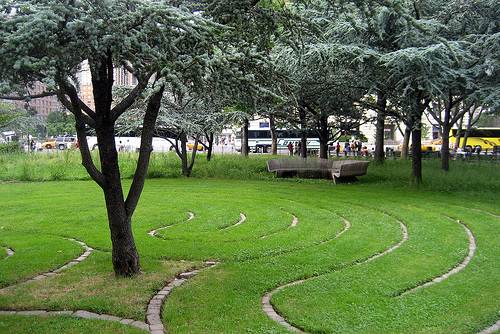 Battery Park is located in the Battery in New York City. Because of the cannons that were erected after the American Revolution to defend the citizens, the place was called the Battery and the park, the Battery Park. This park is a 21 acre area, about 200 years old and close to the Staten Island Ferry terminus and Wall Street. There are many memorials here to pay tribute to the dead people of the tragedy.

Castle Clinton memorial is the main memorial from where tickets of Statue of Liberty and Ellis Island can also be bought. Other memorials are the Irish Hunger Memorial, New York Korean War Memorial, Salvation Army Memorial, East Coast Memorial and Merchant Mariner Memorial.

Garden of Remembrance is the new addition in the park. Battery Park is a perfect place to view the beauty of New York harbor and enjoy the yummy hot dogs and sandwiches.

The Battery Park is located at the southwest tip of Manhattan, and easily accessible via public transport.

The Battery is accessible from State Street and Battery Place. It is adjacent to the Staten Island Ferry Terminal.

Dogs are welcome to the park, but must remain leashed.