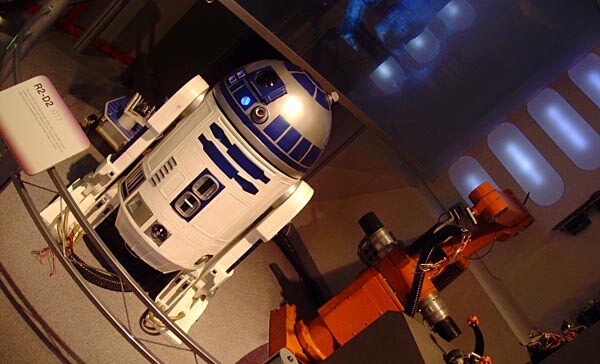 The Carnegie Science Center is a science museum in Pittsburgh, PA. It is a four floor museum complex, with River View Café on the ground floor where you can enjoy food from various places. There is also the USS Requin submarine on display, where visitors can go in and see Cold War submarine. On the first floor is the Ranagos Omnimax Theater, a four story domed theater which is known to be the biggest screen in Pittsburgh. Live performances are located at the Science stage, and the SciQuest wind tunnel in which you can experience earthquakes, tornadoes, flight physics, and light-waves.

The second floor houses the Buhl Digital Dome, a planetarium where you can learn about various stars in the cosmos. You can view the stars individually using the state of the art 16-inch Meade LX200 Schmidt-Cassegrain telescope at the Buhl Jr. Observatory. There are also miniature railroad locomotives featuring the Pennsylvania landscape with hundreds of animated characters and scenes, and the Roboworld which allows you to chat with an intelligent AI driven robot, test your skills against robots on air hockey, and more than 30 interactive exhibitions on display.

The third floor features Seascape, a 2,000 gallon aquarium featuring clown fish, upside down jellyfish, and more. There is also a kitchen theater which demonstrates different kinds of dishes you can eat after a demonstration, such as the fruit flambe that starts on 2:30 pm, where you can eat various fruits as they are lit into flames on a pan. The fourth floor features the exploration station, which house 115 interactive activities for kids and adults alike. activities include experiencing construction zones, lighting up circuits, building dams, making animated clips, and playing digital drum sets. There is also the Works Theater, featuring tasting of frozen marshmallow, glowing molten metal, mummy chemistry, and more. Works Theater is sponsored by the Society of Analytical Chemists of Pittsburgh, and the Spectroscopy Society of Pittsburgh.