The Temple of Philae Island in Aswan, Egypt 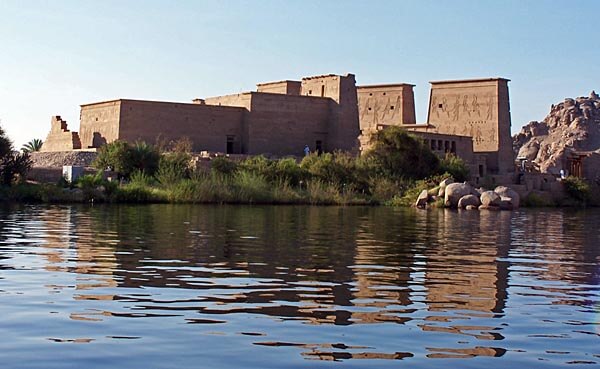 The Temple of Philae is a tribute to ancient religion. It has been both a seat of Christian religion and that of the Egyptian faith. It began as a tribute to Isis and was built in the reign of Nectanebol from380 BC to 362 BC. During this time, only priests could live on the island. These priests believe the islands history went much further back. Most of the other ruins are from the Ptolemaic times. Philae and the surrounding islands were also a center of commerce between Meroe and Memphis.

Today, the wealth of architecture that shows traces of Rome, Christianity and Egyptian deities has withstood the test of time far better than the rest of the ancient ruins in Egypt. Due to flooding from the Aswan Dam, UNESCO had the temples moved to the nearby island of Agilikia in 1960. The numerous and picturesque monuments that date from the Pharaohs to Caesars can still be marveled over today and offers a breath taking backdrop.

One spectacular sight to behold today is the nightly tribute to one of the great legends of the island. The legend states that Isis found the heart of Osiris after he was murdered by his brother. The island is believed to be one of the burial places of Osiris. There is a sound and light show every night to honor this legend. It’s just one of the awe inspiring sights to behold in Aswan, Egypt.

Temple of Philae is visited most easily by a day tour from Aswan.