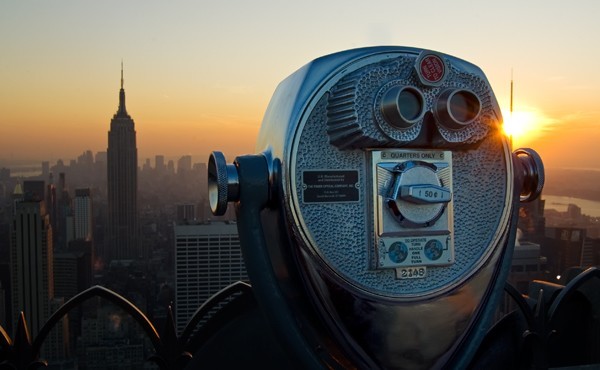 Standing at an impressive 102 stories tall (that‚Äôs a quarter of a mile high), it is a prime example of Art Deco architecture. World-famous, the Empire State Building is both a New York landmark and a National Historic Landmark.

The Observatory is not the Empire State Building‚Äôs only attraction, however. There are also three different coffee shops, a sushi bar, two restaurants, a bank, and several shops located in the building. In the lobby you will find art on exhibit and often concerts are held in the lobby, as well. And there is also an attraction at the Empire tate Building called the New York SKYRIDE, which is a virtual reality helicopter ride through the city. But whatever you opt to do, visiting the Empire State Building is a worthwhile experience.

Tickets are $21 for adults.