Cambodia - A dark and tragic history 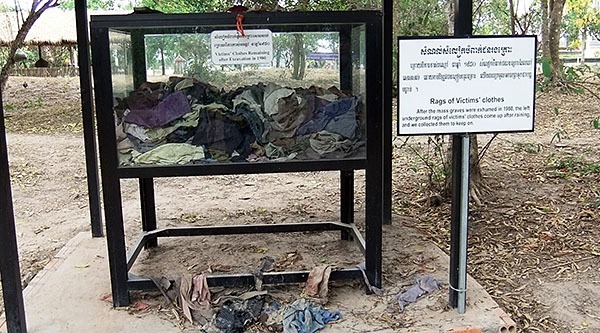 When most people visit Cambodia, they are greeted by a sea of smiles and pleas of "Tuk-Tuk Miss and Sir?!" From there it’s beautiful ancient temples in Angkor Wat, scorched countryside and simply perfect islands – most visitors to Cambodia wouldn’t even realise the horrors of it’s tragic past if they weren’t told about them.

With a little research and reading, you begin to realise the sheer horror that many Cambodians had to endure during the years of the Vietnam War and then afterwards with the rise of the brutal Khmer Rouge regime. The suffering and pain that many Cambodians had to go through were indeed some of the worst atrocities committed in the twentieth century.

During the years of 1975-1979 an army general - code name “Pol Pot” - had a vision for his newly claimed Cambodia. Including such philosophies as Marxism and Maoism, he wanted to return Cambodia to a more feudal existence and bring the country back to “the year 0”.

Through the U.S. carpet bombing of Cambodia during the Vietnam War - cities, towns and villages lived in constant fear of being rained down upon by U.S bombs. Destruction and death were thwarted - with the rise of the Khmer Rouge in 1975, the movement found it very easy to persuade people to evacuate their homes and move to the countryside, so as to be safe from the U.S attacks.

It should be noted that Cambodia stayed neutral during the Vietnam War, but many Vietnamese fled deep into Cambodia to try and escape American advances. The U.S wanted to flush these enemy troops out, hence why Cambodia became a target.

Nearly all of the population of Cambodia’s main cities and towns were evacuated at gunpoint to work in countryside rice harvesting camps. Many were killed for defiance or their inability work in the vast rice fields.

One of the main camps close to Phnom Penh, more famously known as the Killing Fields, can still be visited even to this present day. Although it is a harrowing and soul-chilling experience, it is one that must be undergone if you truly wish to understand anything about Cambodia and its people.

From mass graves, thousands of skulls and children’s clothes still being washed up in the rains  – you can only imagine the out-right horror that so many Cambodians had to suffer at the hands of their own people. 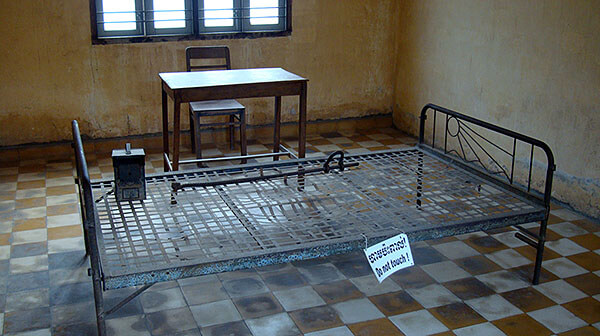 Along with the prison of Tuol Sleng, which was used to torture “political” prisoners - the sheer magnitude of the monstrosities that went on in these locations is sometimes just too barbaric to even contemplate. When the Vietnamese troops finally got to such locations and liberated the people there, they were not even sure the scale of what they had come across and infiltrated.

By 1979 one in three Cambodians had fallen prey to the evil tactics of the Khmer Rouge. Considering a lot of these people were from the intellectual elite that Pol Pot had labeled the ultimate traitors, this set Cambodia back decades, which can still be felt in the country today.

The most heartwarming thing about Cambodia is – although they have suffered such a horrible past they are the most friendly, funny and amazing people that grace the earth. They do not use their history as an excuse and have risen above their dark past to be the amazing, vibrant, wonderful country they are today.

We recommend that you go see for yourself and be astounded at the tenaciousness and beauty of the human spirit.

Diving in the Perhentian Islands, Malaysia
Eating your way around South East Asia
The Vatican Museums

Kissinger was more than a little evil! His 'Diplomacy' is a very interesting, and depressing, read.

The worst part about the carpet bombing was that it was continued for over a year to assure that it was hidden (so no one would live to tell the tale)by Kissinger and Nixon. Great post!