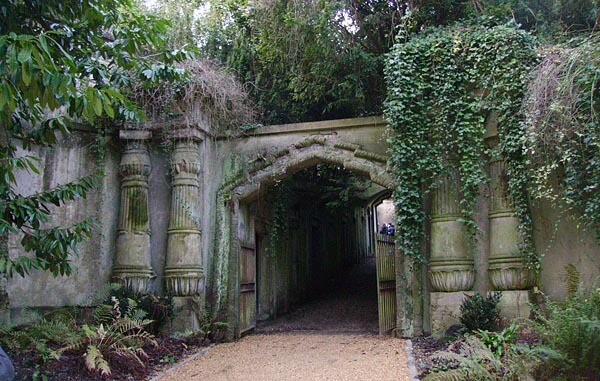 Highgate Cemetery located just north of London, England it is on the English Heritage Register of Parks and Gardens of Special Historic Interest in England. It is quite different than cemeteries as we know them in the United States and a interesting spot to visit on your vacation in London.

It was designed by Stephen Geary an entrepreneur in the field. The cemetery is divided into two sections — the east and west cemeteries. It opened in 1839 as part of a plan to have seven large modern cemeteries around the outskirts of London and would be called the Magnificent Seven.

Highgate is a fashionable place to be buried and is much admired and visited. Because of the Victorian attitude towards death the creation of a wealth of Gothic tombs were constructed. It is on a spectacular hillside that is slightly downhill to the cemetery itself. The cemeteries still have burials. The newest section has few graves on it at this time though. 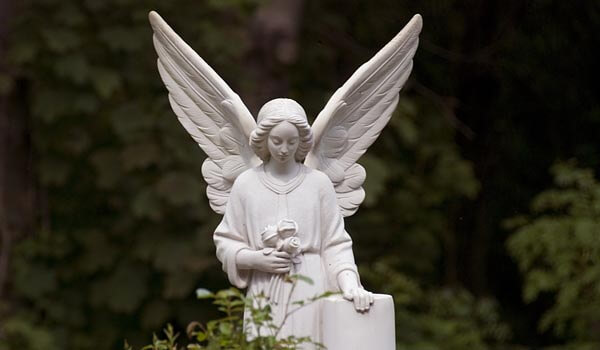 Take time to stroll through the cemetery and note the names and dates on the tombs with your tour guide. You will find that Karl Marx is resting there as well as other notable people such as the actress Sheia Gish and her actress daughter Lou Gish, Claudia Jones - a black Communist, and George Jacob Holyoake - a social reformer. There are many others such as poets, authors, scientists, performers and government officials resting there.

Visiting the cemetery and listening to you tour guide is a wonderful learning experience and something to talk about when you get home.

West Cemetery
Admission by guided tour only.
Tours: Weekdays at 2pm from 1st March to 30th November (please book by telephone 10am-5pm Mondays to Fridays only) Weekend tours are hourly from 11am - 3pm british winter time and until 4pm british summer time (no advance booking).
Tickets (cash only): £7 per adult, £3 for children aged 8 to 16, £5 for students on production of a valid student card. There are no other concessions.

Cimitière du Montparnasse, Paris
The Mysterious City of Caves in Nottingham
Glasgow Cathedral
The Hunterian Museum of the Royal College of Surgeons, London