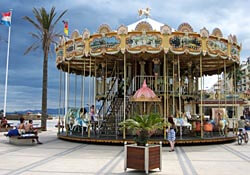 Perpignan is a small Catalan town near the border to Spain. With charming regional influences in architecture, cuisine, and stunning local weather, it’s a hidden corner of France deserving of more attention. Right now, if it weren’t for Ryanair flights to the local airport, there would be barely any tourists here. And that’s a shame, as 30 minutes east you are on glorious Mediterranean beaches in Canet-Plage and by taking a bus west, you’re in the Pyrenees mountains full of medieval villages and castles.

While there are few memorable monuments to visit, Perpignan is an enjoyable city with a lively street life. Its heyday was in the thirteenth and fourteenth centuries, when the kings of Majorca held their court here, and it is from this period that most of its historical interest derives. Well placed on the main Mediterranean coast international lines of communication, it is much the best base for exploring the eastern end of the Pyrenees, and the Cathar castles of the Corbières.

This museum is in Le Castillet, built as a gateway in the fourteenth century and now home to the Casa Pairal (closed Tuesdays). An interesting museum of Roussillon’s Catalan folk culture, including religious art, agricultural and pastoral exhibits, and local crafts. From the roof there is a great view of the Canigou mountain, while to the northwest you may see the Château de Quéribus, an old Cathar Castle ruin. 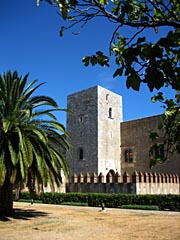 Thanks to the Spanish–Moorish influence, there’s a sophistication and finesse about the architecture and detailing – for instance in the beautiful marble porch to the lower of the two chapels – that you don’t often find in the heavier styles of the north.

The place de la Loge is the focus of the renovated and pedestrianized heart of the old town. Dominating the cafés and brasseries of the narrow square is Perpignan’s most interesting building, the Gothic Loge de Mer. Designed to hold the city’s stock exchange and maritime court, and decorated with gargoyles and lacy balustrades, its ground floor has been taken over by an incongruous fast-food joint which is best avoided.

Side by side next door are the Hôtel de Ville, with its magnificent wrought-iron gates and Maillol’s statue of La Méditerranée in the courtyard, and the 15th century Palais de la Députation, once the parliament of Roussillon.

From place de la Loge, rue St-Jean runs down to the fourteenth-century Cathédrale St-Jean on Place Gambetta. The interior is most interesting for its elaborate Catalan altarpieces, shadowy in the gloom of the dimly lit nave, and for the tortured wooden crucifix, known as the Dévôt Christ, in a side chapel to the south. Dating from around 1400, it’s of Rhenish origin and was probably brought back from the Low Countries by a travelling merchant.

Past the chapel, on the left is the entrance to the Campo Santo, one of France’s oldest cemeteries, dating back some 600 years (same hours as cathedral). The external walls of the cathedral are constructed of bands of river stones sandwiched by brick.

South of the Cathédrale St-Jean, rue de la Révolution-Française and rue de l’Anguille lead into the close, dilapidated maze of the Arab and Romany quarter, where women congregate on the secluded inner lanes but are seldom seen on the more public streets. Here you’ll find North African shops and cafés, especially on rue Llucia, and a daily market on Place Cassanyes. At the heart of the quarter is the wide and grimy Place du Puig. Go just past it, at the top of a shady uphill street, and you’ll find the elegant Catalan Church of St-Jacques, dating from around 1200, on the edge of La Miranda gardens, laid out on a section of the old city walls. It’s from this church that the Procession de la Sanch sets out on Maundy (Holy) Thursday.

Finally, at 16 rue de l’Ange near place Arago, you’ll find Perpignan’s museum of art, the Musée Rigaud (Wed–Sun noon–7pm), dedicated to the work of the locally born portraitist Hyacinthe Rigaud, who became official painter to the court of Versailles in the early eighteenth century. The collection also includes works by Dufy, Maillol, Picasso, Tapiès, Appel and others.

During July and August, there’s live street theatre in the city center each night, centered around the Place Verdun. Ask at the tourist office for more information.

Around midsummer, you can witness more music and general Catalan fun at the festival of Les Feux de St-Jean, though Perpignan is better known for La Procession de la Sanch, the Maundy Thursday procession of penitents that goes from the church of St-Jacques to the cathedral between 3pm and 5pm.

The popular Perroquet near the train station at Av de Gaulle has a selection of value-priced and tasty Catalan dishes, lunch menus cost from €9. Second best choice is the Expéditeurs, but which unfortunately is closed on Saturday evenings and Sundays. Menus from €10.

More upscale is the Côte de Théâtre, at 7 rue du Théâtre, closed Sun and Mon lunch, menu from €24. The food’s outstanding and with local flavor. Or, try the cheaper Les Trois Soeurs, 2 rue Fontfroide, with menus from €12.50, for elaborate seafood creations.

If you’re looking for a bar with food, try the Bodega du Castillet, located in the rue Fabriques-Couvertes. We can highly recommend the food here and it’s very good value.

In addition, there are several decent cafés on Place Arago. On Place Verdun, under the plane trees in front of Le Castillet, the Grand Café de la Poste is a great place to watch the world go by. And here, during summer evenings, you’ll see the Catalan sardana dance performed by kids, grandparents, or any who feels like it.

At the foothills of the Pyrenees and with the Côte Vermeille to its southeast, Perpignan is a good base for day trips along the coast or to the mountains and Cathar castles of the interior. 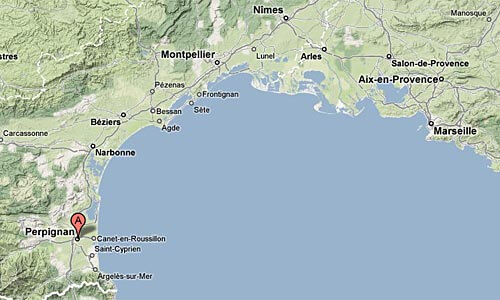 The Navette Aéroport bus runs from the train station via place Catalogne and the bus station.

Bright yellow and red, Le P’tit Bus is a free hop-on, hop-off minibus that plies a circular route around the town center.

The regional tourist office is on quai de Tassigny (phone 04 68 34 29 94). Further along the River Basse is the municipal tourism office in the Palais des Congrès at the end of boulevard Wilson (phone 04 68 66 30 30, www.perpignantourisme.com).

One thing I liked in Perpignan, and that the tourist office has done unusually well, is the signage of historical buildings: outside every major historical building is a freestanding sign with information in French, Catalan and English.

Local weather and when to go

Situated on the southern Coast of France the weather is absolutely beautiful all year round. Perpignan is close enough to other interesting towns in France to be a good base to explore the Languedoc-Rousillon region. Perpignan is also very close to the Spanish border which means you could pop across to enjoy some shopping in Spain.

Perpignan’s weather ranges from a mild average of 50F in January (10 Celsius), to a very balmy 84F (29 Celsius) in August. The best time to go would be between July and September, when you can count on sunny weather. If you’re more interested in the historical sights and exploring the countryside, the shoulder season on both ends should serve you well. 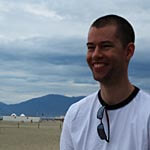 Canet-Plage is the best place near Perpignan to test the waters of the Mediterranean. There isn’t much to recommend the place, except that its beach is wide and sandy and the sea is wet. To get here, take a 25 minute bus ride east from place Catalogne or on Blvd Wilson in Perpignan on the #1 bus. The same goes for the other resorts around here: Port Leucate, Port Bacarès, and St-Cyprien.

A more interesting option is to take the train 15km north to Château de Salses. Built by the Catalans in the early 15th century, it was one of the first forts to be designed with a ground-hugging profile to protect it from artillery fire.

13 km south of Perpignan, on the way to the Côte Vermeille, lies the town of Elne. This small town once hosted Hannibal on his way to sack Rome and used to be the region’s capital until overtaken by Perpignan under the reign of the Kings of Majorca. Here, you’ll find a fortified cathedral and stunning cloister. It’s the best introduction to Roussillon Romanesque you could want, especially if you’re planning to visit places like Serrabonne and St-Michel-de-Cuxa further west. Below the cathedral there are still a few streets of the old town left.

i am visiting perpignan from 07/10/16 to 14/10/16 and would like to know if there is any rugby union on at that time,or the surrounding area. also what would be good to visit nearby also any music or food festivals that would be on around that time. terence a froud