Secrets of the French Paradox 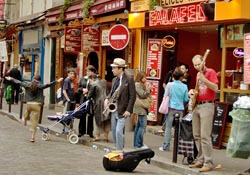 The phenomenon known as "French paradox" is the relatively low rate of heart disease and obesity in France as compared with other Western countries. Despite the generally high intake of saturated fat in the French diet, only 7 percent of French adults are obese.

Neuroscientist Will Clower, who lived in France for two years and wrote The Fat Fallacy: The French Diet Secrets to Permanent Weight Loss, has observed that when Americans go over there to live, they lose weight, and when the French come to the US to live, they gain weight.

French drink lots of wine, eat baguettes, croissants, butter, cream, fatty liver pate, pastry and cheese - a sure recipe for weight gain, isn't it? So why their rates of obesity and heart disease are much lower than the USA?

But although French don't deprive themselves and their life looks like an all-you-can-eat buffet, it is not all easy and effortless. I tried to find out what peculiar properties of French lifestyle lead to a lower rate of obesity, heart disease and even a longer life.

Red wine is probably the most known French paradox contributor. Some scientists believe the French habit of moderate red wine drinking with a meal is the key to French paradox. Antioxidants called flavonoids, natural chemical compounds found in red wine, may promote health benefits to the heart and blood vessels. Red grapes are one of the richest sources of flavonoids, which may make red wine more heart-healthy than white wine, beer, or other spirits. However, research indicates that red grape juice is markedly less potent than wine in conferring health benefits. It is suggested that something in the winemaking process changes the polyphenols' properties.

Joy is a wonderful anti-aging remedy, isn't it? French enjoy and savor their food. They tend to taste foods individually rather than piling a number of foods on the fork at once. When you slow down with smaller bites, you taste food more and are satisfied with less. It takes the brain about 15-20 minutes to start signaling feelings of fullness.

Americans have a different relationship with food that often excludes joy and pleasure and makes them eat more. It is quite common to observe how people gulp down hamburgers and fries while typing on their laptops, talking on their cell phones, reading the newspaper or watching TV. Unlike a majority of Americans, French are eating until they are sufficed, not stuffed.

From observations at McDonald's the French and American researchers found that the average American customer spent 35% less time at the table. The French spent an average of 22.2 minutes eating and sitting at McDonald's, while Americans stayed only 14.4 minutes.

Partly, the French paradox can be explained by the fact that French portion sizes are notably smaller than American portions. If you like what you eat, it doesn't mean you have to eat a lot of it. Although the French diet is rich in butter, cream, pastry and cheese, the research demonstrates they consume fewer calories, resulting in decreased number of overweight and obese people.

For example, the standard size individual portion of yogurt in France is 125 grams; the standard size in America - 225 grams. A joint French-American team of scientists from France’s CNRS (national scientific research institute) and the University of Pennsylvania set out to test their hypothesis that the French eat less and a smaller portions, compared with Americans. Researchers weighed portions at 11 similar restaurants in Paris and Philadelphia and found that:

High intake of fruits and vegetables

The important constituent of the French paradox seems to be the diet rich in fruits and fresh vegetables carrying fibres and vitamins. Epidemiologic studies show that high fruit and vegetable consumption is associated with a lower risk of coronary heart disease mortality.

Many processed foods are full of trans fats, saturated fats, sodium, sugar, and preservatives. The French eat much less processed food than Americans do. Perhaps French people are pickier than the Americans about their food. French like their food to be fresh, tasty and carefully prepared. Frozen sections in American grocery stores are much bigger than in France. The market for prepared food is not as large in France and TV dinners do not reside in French diet also. 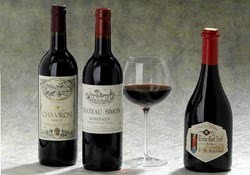 Surely, most French people do not go to the markets every day and lots of people actually buy their foodstuff in supermarkets. However, open-air markets are very popular in France, and it is customary for people to buy their produce there. It is common for French to buy cheese from the fromagerie, bread from the bakery, meat from the boucherie, and fruits and vegetables from the open-air market. It is more time-consuming and sometimes more expensive than at the grocery store, but the products are fresher and of better quality.

In the US, open-air markets, butchers and bakeries are not common, and most Americans simply have no alternative to a grocery store.

French eating culture is fundamentally different than the American one. Most people have 3 meals a day, families eat together when they can, and food is important culturally. Regardless of their social background, the French cook more than the Americans. Home cooking provides a better control of food, and reduces preservatives, trans fat, sugar and salt consumption.

The French are more weight aware and have a culture of caution after a period of excess. Eating more one day makes them be more careful the next. Thay would rather trade off with a few lighter meals, than dieting.

The French tend to snack much less than Americans, instead, they try to eat more regularily. If they do snack, the French often choose fresh fruits between meals.

Water instead of sodas

Beverage preferences also come into play. French drink a lot of bottled water instead of sodas. More and more different kind of waters are launched every year on French market.

The French aren’t prone to rushing to the gym, however they are more physically active by simply walking a lot. Daily walking is part of French people lifestyle. Their streets are much more walker friendly than in the US and are full of pedestrians, because many people use cars only for longer travels. Driving to a nearby food store would be considered ridiculous. People, especially in cities, walk or use public transportation because a car would just get you stuck in traffic. They have to climb the long flights of metro stairs.

So the French paradox is more than just the protective nature of the red wine or lower intake of calories. Most probably it’s a culture of being physically active, savouring reasonable portions of healthy foods with the addition of small amounts of high-fat foods for flavour, and a philosophy of balance and moderation.

So true, I am french and we tend to do that often. Nice observation.

Good stuff! I think I saw something similar on Travel Explosion's site. The thing about French cuisine though is that it's unique and most Americans I've met don't seem to care for it.

Hi this is Jean Carrillo French Weight Loss Expert in California. I come from France and this article is great and so real.