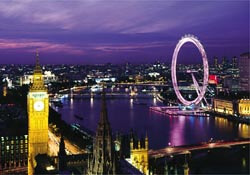 All the favorite places to see, things to do, and food to eat in London. Here are our picks from the world's most metropolitan city.

Chinese New Year in London: London's Chinese New Year celebrations are a great, free, day out for visitors and Londoners alike. It's also one of the most child-friendly events: With a great parade, art and gymnastics performances, fireworks, and individuals performing for the crowds all over Chinatown, Soho, and Leicester Square.